If you asked me a year ago, what I would be doing for my 28th birthday, I wouldn't have put myself in Honduras. A year ago I had just picked up from California, moved to Colorado and was looking forward to starting grad school in January. I was working for an amazing family nannying their two beautiful girls and a few months later would fall in love with my best friend. I started grad school with the hopes that I would make connections and get a teaching job. Unfortunately, teaching jobs are scarce in most states.

I was left without the possibilites of teaching in Colorado. I was at a fork in the road: continue on the path I was on, nannying and going to grad school. Basically living a life that wasn't fulfilling my passion. Or take a leap of faith and try teaching abroad.


So here I am a year later. My life is filled with great new friends, adorable students and a Central American town unlike any other.


My students have been begging to meet Esperanza and hang out with me on the weekend. So I thought it would be fun to meet them in the Central Park, bring Esperanza and a few goodies the day before my birthday. I should have known they would exceed my expectations.


As Jenna, Kristin, Sarah and I walk into the park, I look around for my students...


Out of no where I see about 8 little bodies at a dead sprint, heading straight for me. I looked at Jenna and Kristin and we just started laughing. They were so cute running across the park, all yelling my name.


They were so excited to see me and meet Esperanza. I thought they were going to fall over with excitement, all yelling at once. It was a small Honduran mob, trying to give me hugs and give me their presents. I had specifically told them, 'I don't want presents. I just would love to see your smiling face at the park.' But of course none of them listened and brought presents. I guess I should not be surprised that they weren't listening. hahahaha


We spent the next 3 hours hanging out, playing games and eating cookies. It was so special to me because I felt so loved. Not only by my students, but by my roommates Kristin, Sarah, and Jenna for partaking in my first Honduran birthday. 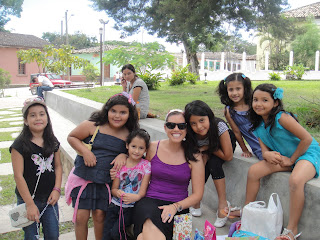 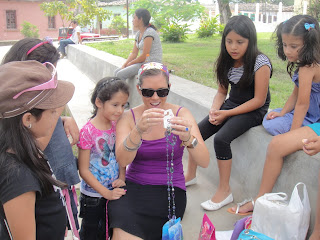 Silly kiddos got me presents. 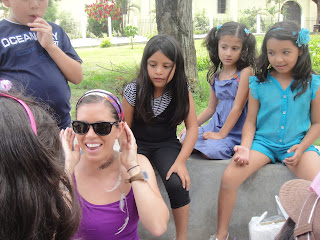 I was asking them if I looked fancy with my new feather head band?? 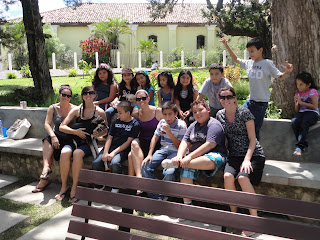 My roommates and I with a mix of my students, Sarah's 5th graders and Kristin's 2nd graders. (Notice the kid in the upper right corner. That is Carlos, he is one of my students. This sums up how he is, doesn't matter where he is, he is ALL over the place, ALL of the time. But I love him). 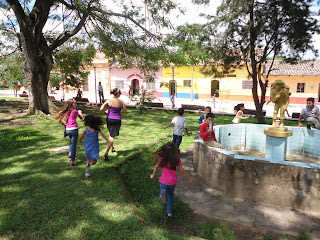 Playing Landa (tag in Spanish). Shocker they are chasing me. 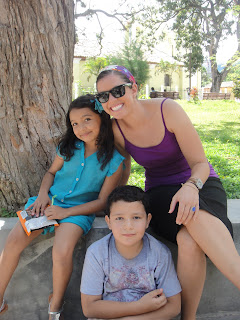 Two of my favorite kiddos. Lisbeth and Ricardo. They are both a little camera shy, but have big personalities. 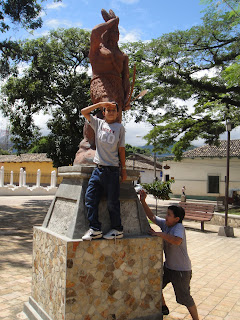 Carlos imitating Lempira, the Lenca chief who died in battle against the Spanish. He became a national hero and the currency was names after him. Carlos, in my eyes, is doing a great job imitating the statue. 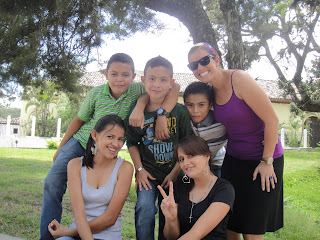 A few of the 5th and 8th graders. The 3 boys are my favorite in Sarah's 5th grade class.

But the fun wouldn't stop there.


Later that night, Kristin and I were making dinner, when I heard my name being yelled very loud outside. So I went out on to our balcony and outside our house was our friend from school, Anna Maria. Shebrought a cake and 6 of her Honduran friends to celebrate my birthday and my roommate Kristin's (whose was the week before). We ate cake and sat around and chatted with the girls (all in Spanish, Anna and her friends don't speak English). They were telling me how lucky I am that they don't know me very well because if they did they would have thrown water, eggs and flour on me for my birthday. Definitely glad I missed out on that Honduran tradition!!


I topped the night off with beers with my 3 sweetest friends. 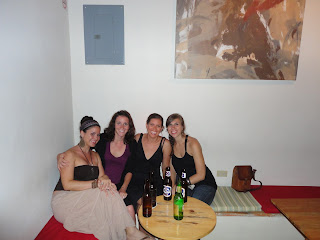 A birthday beer with Jenna, Sarah and Kristin.
And without surprise, my birthday celebration lasts longer than a day. I was treated to a pancake breakfast with all my roommates on Sunday :) 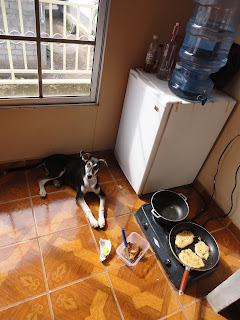 Esperanza was highly involved in the making of my birthday pancakes. 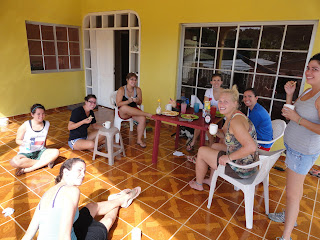 All 8 roommates eating pancakes with me.
I had an amazing birthday. It was filled with love, laughter and friendship. I couldn't have asked for anything more.
Feliz Cumpleanos!! 10/09/2011!!