Day 113: Avery's 1st Christmas
Yes I know what your thinking..... Christmas is January? We obviously do things a little different in the Seeley household. But Kyle was gone for Christmas so we celebrated Avery's first Christmas when Kyle got back. 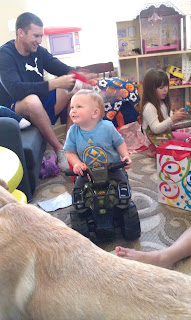 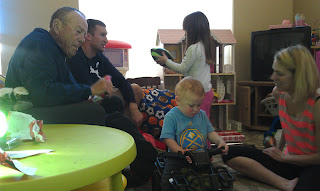 He is loving it! 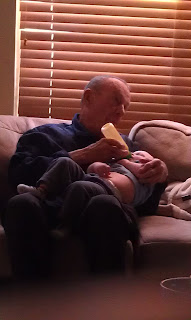 But shortly after, he was a goner in Grandpa Seeley's arms. So sweet!

Day 114: Fire Drill... oh no this was no drill, there's a small fire at school
As a teacher you don't actually think you will live to see the day when the fire department actually shows up for a fire drill. So to my surprise the fire alarm goes off when we were in the middle of lunch. I finally got my students outside, the sounds of the fire trucks fill the air. At this point we are all confused, especially all of fourth grade, who was finishing up lunch. I watch a group of firemen enter the building. My first thought.... was there really a fire? I came to find out later, there was a lunch mishap in the teachers lounge and mac-n-cheese caught on fire in the microwave, setting off the alarms. 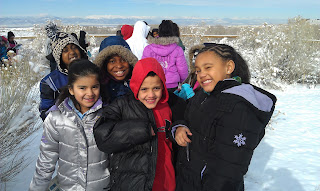 Yep, that is fresh powder in the background of Bluff Lake. 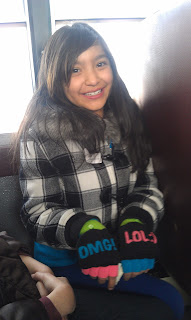 Day 116: Talk my way out of a speeding ticket
I played the teacher card... yes I did! I have been pulled over many times but never actually been able to talk my way out of a ticket. Well I have finally won that battle. I dropped the "teacher" word more than

Day 117: Put my foot down at work
Now to some this might seem strange that me, Kate Seeley, can not put her foot down at work. But I work in the type of school that likes robots rather than humans. So I have become more robotic than human in this school year.
Anyway, one of my students had been suspended and I was trying to explain to him what work he was going to do during his suspension. When he just walked off. Now, at this point I am unable to follow through due to the other 25 students I have walking in the door. So I tell my principal that he just walked off. Well to my utter disbelief my principal says OK and allows it to happen. There are a lot of things that are said without words actually leaving your mouth. This was screaming disrespect.
But surprisingly I don't get that bothered until about 12 hours later when I find out that my student, while in a kindergarten classroom serving his suspension, kicked a kindergartner.
I became so enraged and immediately went straight to my principal, asking for a meeting at that moment.
He basically got an earful of how disrespectful he was by not backing me up and allowing my student to walk away. By the end of our conversation, he was apologizing and saying that he should have supported me.
A few teachers dropped their jaw when they heard that he had actually apologized. Soar 500, Kate 1. hahaha at least I am not at 0!

Day 118: Pink Hawks show
My friend Yuzo has a band called the Pink Hawks. They play African Jazz. So Magdiel, Ann and Drew and I went to the show. 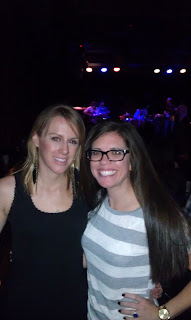 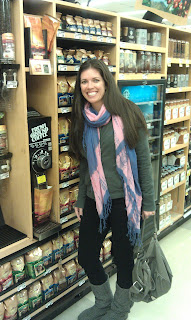 All these years of drinking coffee and I have never ground my own coffee.