The joys of traveling in Central America: expect the unexpected. 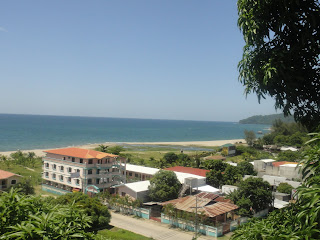 Our first night in Tela we stayed in these beautiful huts on the beach. But let’s be honest we are poor, broke teachers and we decided to switch hostels in hopes of saving some money and to be closer to the town center. Unfortunately, hostel number two was VERY dodgy. Bed bugs, stains, broken windows, broken shower, if it wasn’t broken it was dirty and on its way to being broken. But we threw our bags down and decided to head out on the town to get some liquid courage to sleep in those beds. 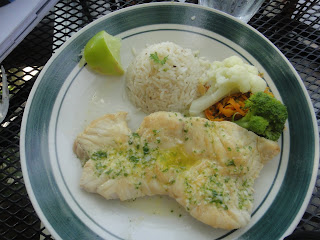 We enjoyed our ceviche, coconut shrimp and Salva Vida beers and then headed back to our hostel. I will be honest I slept with a rain coat on, possibly a bit dramatic but at least I slept. I tried to keep my mind on the positive; the next morning I would be heading to Punta Sal to see howler monkeys and go snorkeling.
In the morning we took a 45 minute boat ride to Punta Sal, a peninsula on the Honduras coast. It has numerous animal species, in particular Howler and white faced monkey’s which, we encountered. As we walked, we spotted some howler monkeys in a face-off with a white face monkey over territory. Apparently they are one of the loudest animals in the animal kingdom. It was so loud when they were yelling at the white faced monkey, but definitely one of the coolest noises. 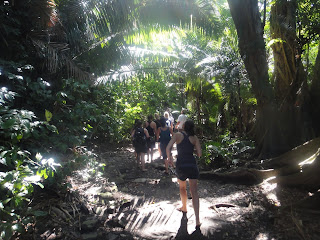 We ended our trip with a little snorkeling, drinking coconut milk on the beach and eating fresh caught fish. It was the perfect end to our day. 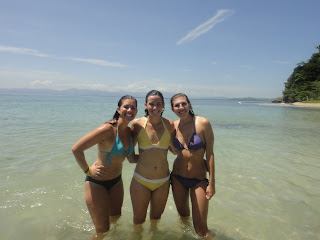 Our last and final hostel was definitely a step up from the previous night but we later learned it was commonly used for prostitutes. Guess you can’t win ‘em all! 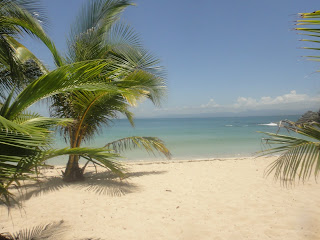